A Day in The Life: Every November

☁ Today, I’ve decided to do Georgie’s link up this month. Day in the Life is a monthly link up where bloggers document their daily life on a designated day each month to show what a typical day is like. Make sure to join in! I always love reading what people have been up to on a daily basis (always curious!)

3 years ago in November, I was first introduced to this wonderful local restaurant in my city by boyfriend. I remember feeling super excited but at the same time, a little shy because this was one of my first times in a restaurant with someone else other than with my family.

I’m not too sure why but we decided to make the trip to this particular restaurant a yearly thing, it’s always been something to look forward to closer to the end of the year for my boyfriend and I.

We actually had quite a free day from our usual hectic schedule so we went to the restaurant for our late lunch/early dinner. There’s just something about the atmosphere that makes it so attractive to me: music was on point (Just the way you are – Barry White started playing making it very romantic obviously), the decorations were so pretty; not to mention the staff were extremely friendly and welcoming.

When we sat down, we – as usual – took quite a while to choose what to have. Whenever I go out and eat at a place, without fail, I am always torn between two dishes. For the past two years, I only had the spaghetti bolognese but this time I wanted to have a different dish, hopefully in a few years I would have had all the dishes on the menu.

This year I had chicken, mushroom & spinach tagliatelle whilst my boyfriend had lasagne – which he reckoned was the best he’s ever had (sure better than anything I could ever make)

It was such a lovely, relaxing day although I did stress and felt a little down (as explained from my last post) I did cheer up mainly because of the lovely company and the amount of food I had. They have huge dishes, it’s not one of those big plates with a small dip in centre of it where you get like a spoonful of food; instead, it was a huge plate with the right amount – I didn’t actually get to finish all of it (I did most of it though!) 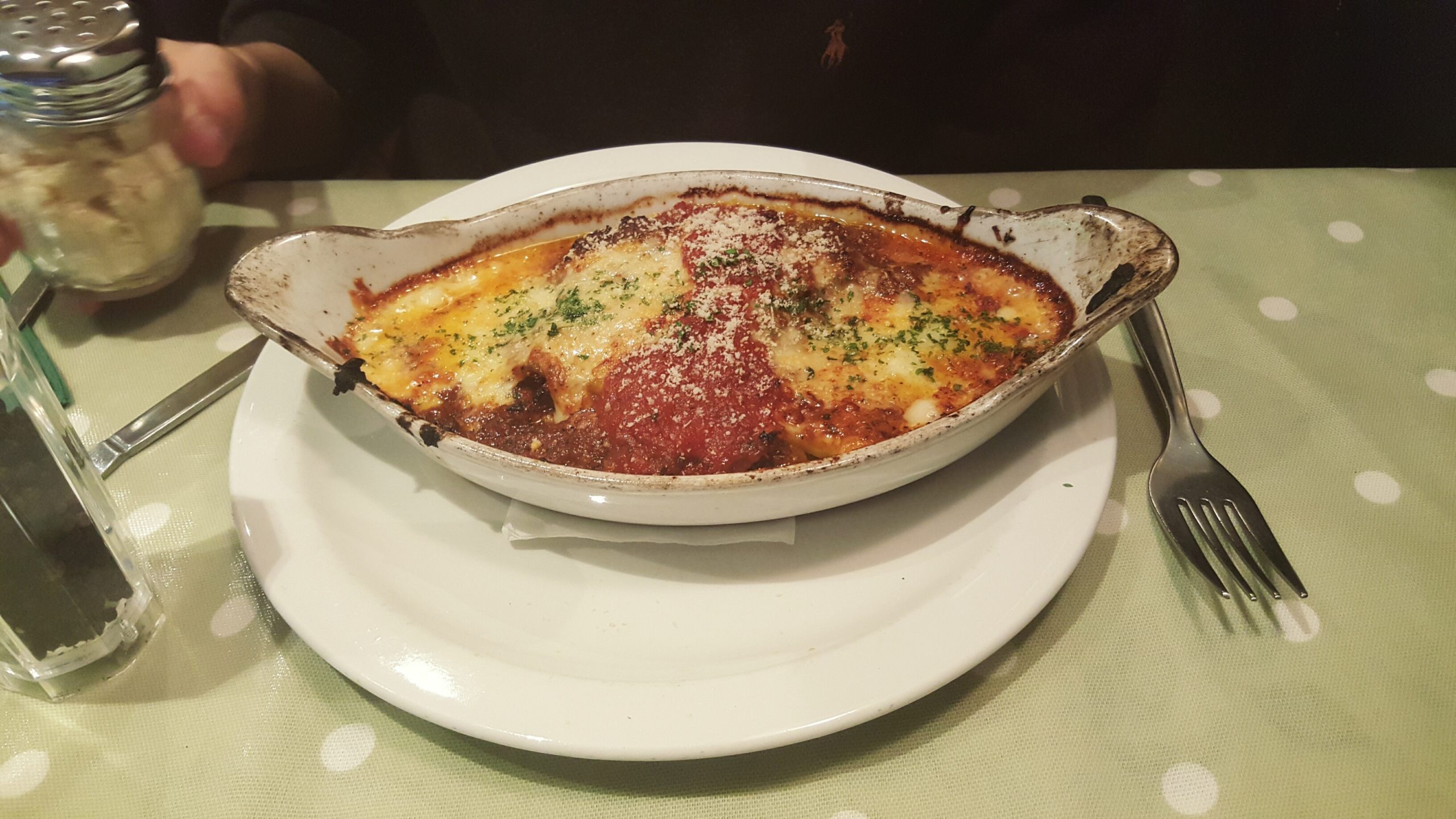 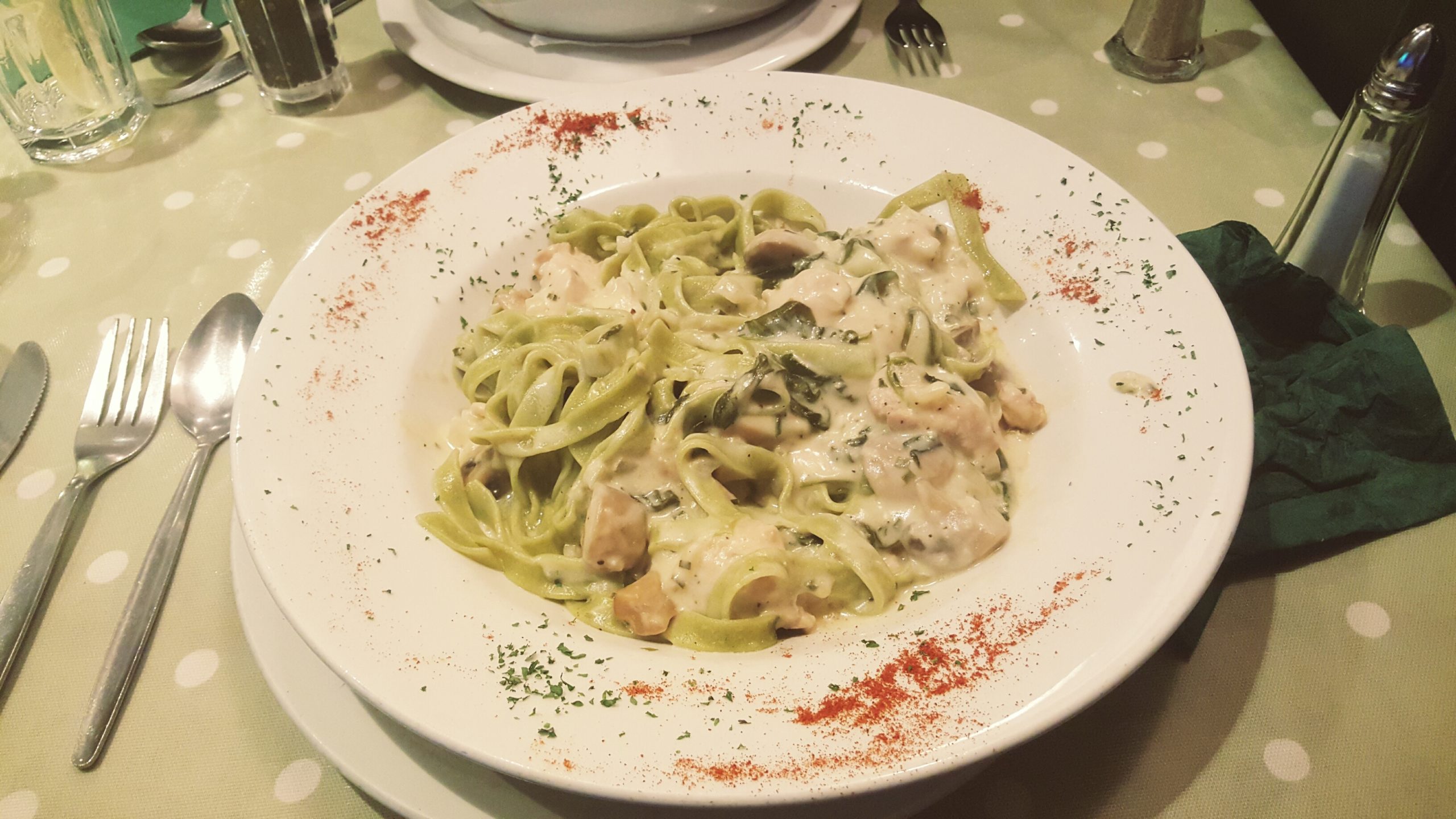 I’m excited for future Novembers where I can discover more of their menu, I know I could just keep going but leaving it, later on, every year is super exciting for me. It’s like waiting for Christmas but instead, waiting for Mama & Leonie’s food! It’s a good idea I think because you’ll never get sick of it because you hardly have it. I remember eating at Cosmos for the first time and thinking it was the best place ever, I went there like another 5 times after the first and it just wasn’t as good. To be quite honest, I was sick of it after the third time but the price for the chocolate fountain? Worth it.

I remember eating at Cosmos for the first time and thinking it was the best place ever, I went there like another 5 times after the first and it just wasn’t as good. To be quite honest, I was sick of it after the third time but the price for the chocolate fountain? Worth it.

I guess it’s cheesy for me to say that it’s quite close to my heart because the amount of food I get there is amazing and you know what they say, to get to a man’s someone’s heart is through their stomach.

With it just around the corner, my town is already preparing the Christmas decorations. I take a picture of the great Christmas tree that’s up in the centre of town – I have done for years! Sure, it’s the same tree, same lights, same position but there’s something strangely homely about it all. It just is all sorta special.

Have you got a special thing you do every year?

22 responses to “A Day in The Life: Every November”