My second day in London involved eating the best sushi I’ve ever had, admiring London even more from a skyscraper and covering the final places I had on my list. You can read about my first day in London here.

A morning in Archway

I was actually pretty anxious that morning, because I was expecting an important phone call but I was really lucky to have such an amazing, filling breakfast that got me going for the rest of the day… well before the big planned lunch which was where my whole day was planned around.

I love planning things way ahead in advance and following the plan, strictly. My friends have described me as being a “real life Monica” before, so if you’ve watched Friends, you know what I’m talking about 😉

But I have to say, this trip has taught me that it’s sometimes nice to end up somewhere I didn’t plan or expect because with the uncertainty brought more wonder and excitement.

En route to Covent Gardens, we ended up in Chinatown. Although it was much smaller than expected, it felt awesome having a completely different environment in the middle of London – something I wish other cities had.

“Watch this grown man stand on me with a bed of nails placed on my abdomen!”

That pretty much summed up Covent Gardens for me – incredibly entertaining and engaging street performers. I was screaming and gasping with the crowd in sync. Long story short: I watched quite a big-built guy stand on a smaller guy with a bed of nails placed on his abdomen for 10 seconds. Ah, Britain.

There were also some awesome characters around too – Elsa, is that you?

It did start to rain when we were there so I didn’t get to explore the garden as I’d like to (and we had a lunch booking in an hour), but I will return to watch more horrific but weirdly engaging performers and whatnot!

Travelling underground to our lunch destination, I was already hungry and ready to eat all I can for lunch! This was a specially booked lunch up at the skyscraper – Heron Tower. I hadn’t heard of this place at all but after following London bloggers (like my longtime friend Micah), I began to discover all these places and realised that London isn’t just made up of Big Ben, London Eye and Buckingham Palace.

Using the underground and avoiding the tour buses that I always went on with my family really opened my eyes to all the amazing places that are out there in London.

Lunch on 39th floor of the Heron Tower

The lift was insane. I have a slight fear of heights but I couldn’t stop looking down the glass walls as I swiftly moved up towards the sky; it’s the highest I’ve ever been in a building before.

Arriving a little earlier than expected, I went straight to the outside seating area to admire the stunning view of London.

The restaurant was expensive to the usual sushi places back at home, but I was paying for the view and the food – I felt that it was certainly worth it.

I wish I had taken a photo inside the restaurant with the food and view but it wasn’t allowed. Besides, I did feel a little timid taking any sort of photo in there as I was surrounded by important-looking people.

Overall rating of the whole place: 9/10 – By far the best sushi I have EVER tasted, I couldn’t stop embarrassingly raving about it during and after!

Can I have a mango cocktail, just to stay here longer?

Because of how delicious the food was, we finished our food quite early. I didn’t want to leave the restaurant or the building just yet so ordered a non-alcoholic mango cocktail (£17 though is ridiculous, the view made up for it though) from the bar and managed to snatch a seat right next to the window. 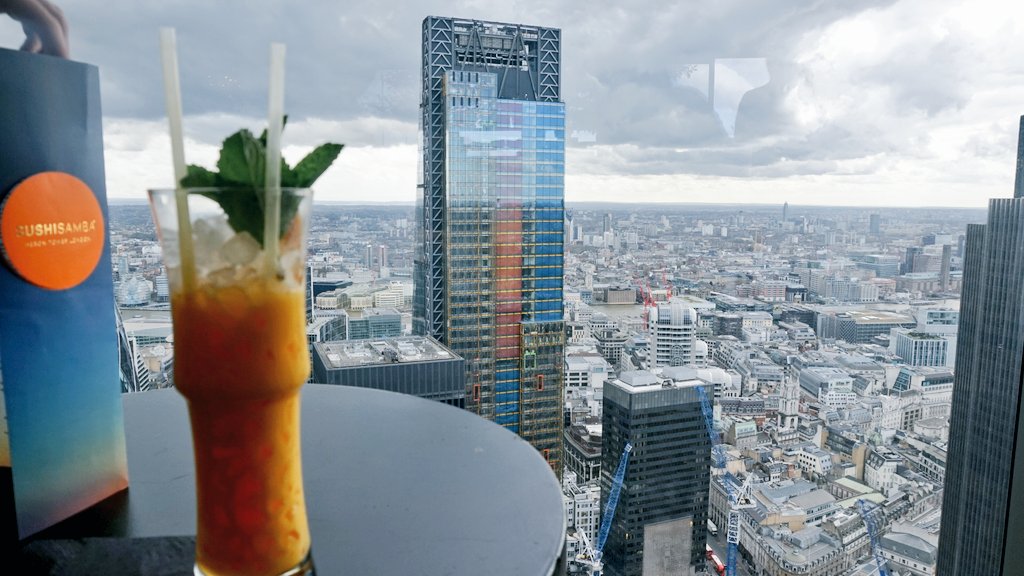 And damn, that view. As you can probably tell, I am obsessed with views. Especially city views.

It took so much from me to say, “Oh we should probably get going.” If you’re feeling fancy, I recommend SushiSamba and just the Heron Tower (there are two other restaurants, I believe) for lunch or dinner. The view is astonishing!

The final stops were Buckingham Palace and a gift shop to share the love of London to others back home!

Going through Green Park, we reached the other side of Buckingham Palace – a side I’ve not ever approached or seen before.

It was nice walking there from the park because I got the chance to walk through parts of London I’ve never stepped on. Sort of like a video game, you know,  when it tracks the places you’ve been. 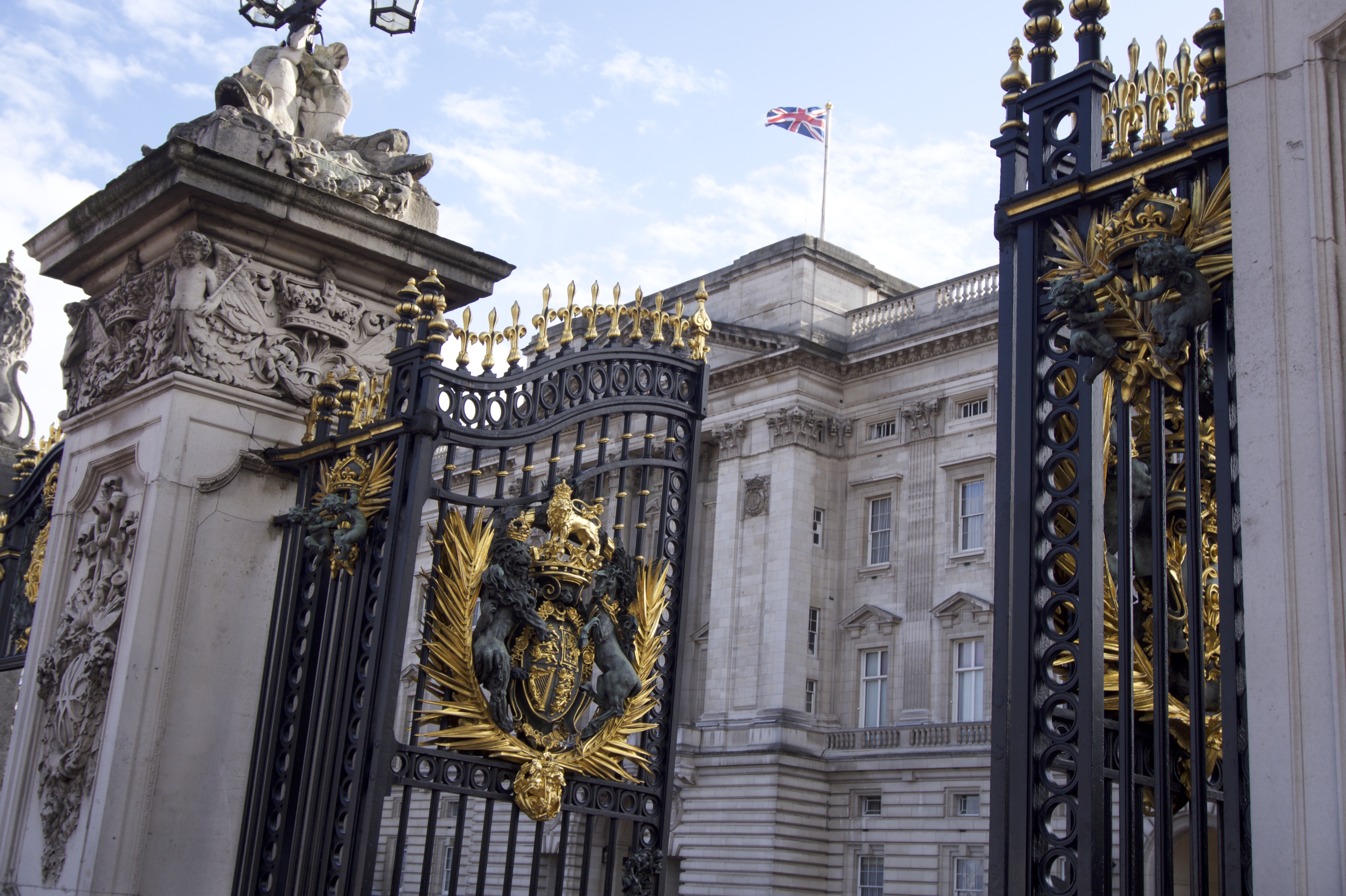 The ride home was a blue one – I already started missing the city that never sleeps (Ed Sheeran, anyone?)  This trip away from my hometown and family gave me a taste of what it’s like venturing out to big cities; following my trip to London I went to other major cities in England namely, Birmingham and Oxford – which I will blog about in a future post!

This officially means that *beep beep* Achievement Unlocked: I crossed off a goal on my New Years’ list! Exploring outside my city enabled me to learn a lot about myself and the world outside my city walls; I really enjoyed it.

Strangely, the thing I miss most about London is the underground; even though I did hate it first. Being -60m under riding a fast train then walking up to the surface to see what awaits was enthralling!

I will definitely be back soon and next time, I’ll be walking new London grounds I’ve not yet covered (and I get to go on the tube again, Yay!)